Most Awarded Agency at the 2016 B2B Marketing Awards!

What a fantastic end to 2016 for Really B2B! The office is absolutely buzzing today as we celebrate taking home not one, not two, but an incredible three awards at the B2B Marketing Awards last night!

Held at the beautifully-decorated HAC in London, the 12th annual B2B Marketing Awards is the biggest B2B event in Europe. The awards aim to celebrate outstanding work, talent and achievements across the B2B marketing industry, and this was the third year in a row that Really B2B have been nominated. We treated ourselves to a full table at the ceremony, and enjoyed some bubbly and a three course meal before getting down to the serious business of the night – the awards themselves.

First up was 'Best SME-targeted campaign' – an award we were especially excited for as we won in both 2014 and 2015. Well, make that 2016 too! The winner was our Schnabl ‘No Brainer’ campaign. Created for the leading manufacturer of screwless fastening systems for electrical installation, the ‘No Brainer’ campaign aimed to convince electricians to switch to Schnabl fixing products from their existing suppliers. After carrying out extensive persona research, we created a campaign that not only created awareness, but was also measurable in the form of sample requests and demos.

Here are the three Really B2B directors collecting 'Best SME-targeted campaign' for the third year in a row! 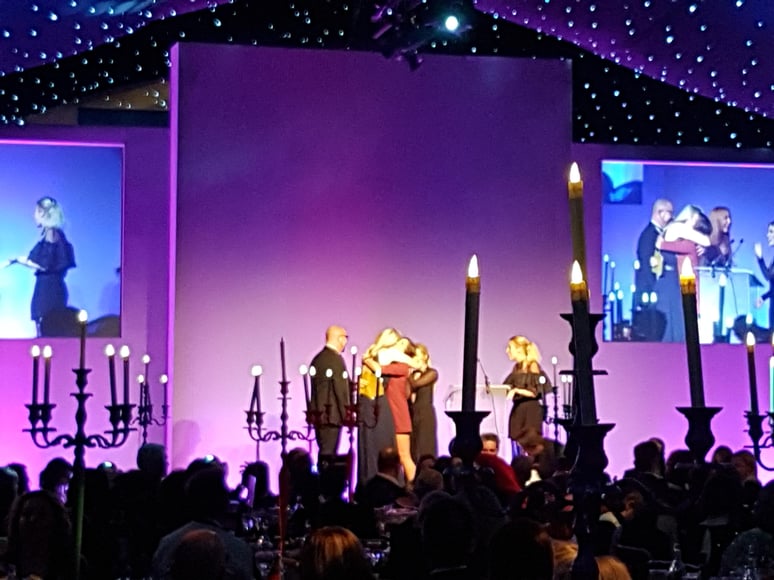 Next was the award for ‘Best corporate decision-maker-targeted campaign’, where our ‘Standard’ campaign for Citroën Contract Motoring had been nominated. We waited with baited breath for the winner to be announced…and it was us! Citroën Contract Motoring (CCM) are specialists in business vehicle funding, and wanted to increase van sales. We created a campaign aimed at fleet directors who are weary of constant sale calls, targeting them with high impact direct mail pieces to cut through the constant noise they hear. To date, the campaign has delivered 28 BANT qualified sales appointments, and over £14 million of pipeline.

We were delighted to also be highly commended for 'Best lead generation or nurturing campaign' also with our Citroën Contract Motoring.

After receiving these two awards, celebrations were well underway on the ReallyB2B table… as evidenced by a fellow guest who snapped a pic of us enjoying ourselves! 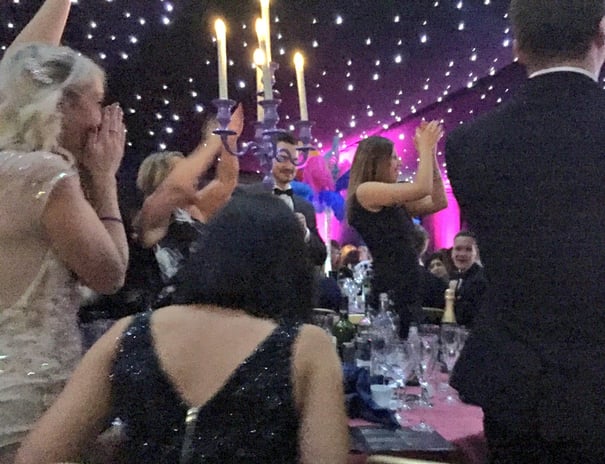 In the midst of all the cheering and glass clinking, we were thrilled to be announced as winners for the third and final time of the night. ‘Best product launch campaign’ – that’s us! Once again it was our Schnabl ‘No Brainer’ campaign that won, and scooping our third award made us the most-awarded agency of the whole night! What an incredible achievement for Really B2B. 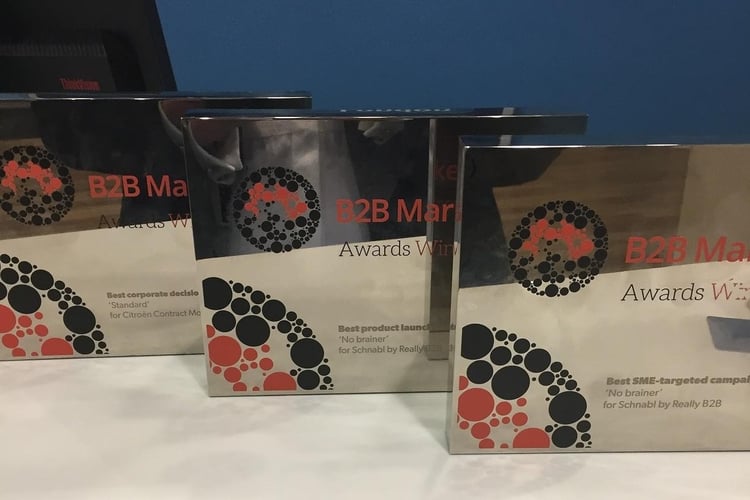 We are truly over the moon. We were up against some stiff competition from some of the biggest names in the industry, and we’re proud to be recognised for our focus on measurability and ROI on a night that celebrated all things B2B. It’s been a fantastic year for Really B2B, and we’re excited to see what 2017 will bring!