On Thursday, January 2nd 2014, a fictional marketing manager named Mary returned to her office to continue on from where she’d left off in 2013. Surrounded by her small team of enthusiastic marketers, her company was more than capable of spreading their marketing messages via email, direct mail and across multiple social media channels. But things wouldn’t be this simple for long. 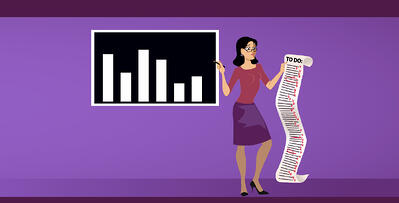 As the business and revenue grew, Mary became aware that her marketing staff were becoming over-worked and stretched to capacity. It was at this stage that she decided that instead of simply employing another member of staff, she would invest in marketing automation software and streamline the processes for her whole team. Mary knew that once the software was fully operational it would provide excellent ROI, however at first it would be a drain on her already busy staff. Little did she know just how much time and energy the software would require. With the need to dedicate many hours of manpower each week simply to bring the marketing automation software ‘up to speed’, Mary concluded that it was time to employ an automation specialist. This new member of staff could generate ROI from the tool much faster and also enable Mary’s existing team to go back to the activities they did best.

With the marketing automation software finally working its magic, Mary and her team were able to view a colossal amount of reports and data that they were unable to see before. The most important metric that Mary was now able to measure was the ROI of the marketing activity and the return from each channel. This newfound ability meant that she could stop spending budget on the underperforming channels, and instead re-direct this to the channels that could generate the most return. Ultimately, Mary and her team found that they had been wasting a lot of their time posting on social media channels, where their prospects were not active. They also found that messages that generated a response on one channel, did not have the same impact on others. So, for the benefit of the business, Mary decided to recruit a social media specialist who could ensure that all budget being spent on this channel would generate the greatest ROI. It was also important that there was a member of the team with the time and knowledge to engage prospects, leads and customers using the correct tone of voice for each of the social media channels. Any findings would then be fed back to Mary to inform the future marketing activity.

Within just a short spell, Mary’s new social media specialist told her that she needed to be doing more marketing via video. Anxious about how ‘costly’ that sounded, Mary asked if this was really necessary. The specialist assured her that the results would speak for themselves and that the initial outgoings would not be as much as she thought. The social media expert told Mary that with a free (or at least cheap) computer program, a tripod-mounted digital camera, and a quiet space, he could create a ‘talking head’ style video that would be sure to increase prospect engagement and drive viewers to the website/landing pages. From agreeing to feature on the video to posting the final content piece online, Mary had spent just a couple of hours on the new video content. She knew that as this channel generated more and more revenue she could increase the spend on the video production, but for now she was happy to have something new to share online.

Accountability to the board

Having started the year secure in knowledge that her marketing activity was generating revenue, but not sure exactly how, Mary found that by the end of 2014 she was being held accountable for all her ROI by the board. Thankfully, the introduction of marketing automation software and an automation expert meant that Mary was now able to track all of the ROI of all her activity and for all the channels used. The outcome was that she could now show the board exactly where the budget was being spent and what returns they were seeing for this activity. The outcome is that the board now have never-before-seen levels of confidence in Mary and her marketing team and are looking to increase her budget for 2015.

2014 has been a busy year for Mary (along with the rest of us) in which she ventured into the realms of marketing automation, recruited the talents of specialist staff, discovered the benefits of video marketing, accurately measured her ROI, and proved her inarguable worth to the board. When returning to her office on that cold, wet Thursday morning back in January, Mary did not expect to see such dramatic changes over the following twelve months, but that’s B2B marketing for you. In 2015, the industry is likely to see similar high-impact changes, and it’s only the marketers who possess Mary’s flexibility and openness to change that are likely to succeed.