B2B Lead Generation – What Not To Do

Most of us marketers love generating B2B leads, sales and revenue, but what about those that don’t? What’s the best way to not engage prospects and increase sales? What about organisations that aren’t focused on the ROI of their marketing budget and don’t really want to prove their worth to the C-suite? Thankfully for them, we’ve come to the rescue with this ‘what not to do blog’. 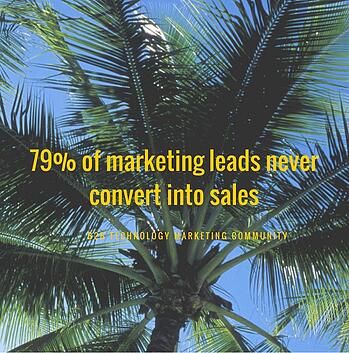 Start by avoiding these like the plague. Don’t invest time and resources into getting to know your target market, as you won’t be keeping in touch with them once they’ve bought something anyway. Instead of using surveys, telephone calls and questionnaires to delve deeper into the intricacies of your buyers, just make a sweeping assumption and group them all into one broad collection. Their role, responsibilities and industry are largely irrelevant anyway, because if someone is going to buy your product/service, they’ll do it regardless, right?

Don’t give a second thought to the quality of your data. Whether it’s an in-house database or acquired data, it’s not worth testing or reviewing, it’ll probably be ok. Duplicate information, incorrect data and false details are probably going to be in there, but what’s the worst that can happen? It’s not like your email will be blacklisted for sending spam to incorrect addresses. Just assume it’s ok and move on. Is it opt-in data? Who cares. People won’t mind receiving marketing materials that they haven’t agreed to. If anything, they’ll probably be happily surprised… I think.

What a waste of time this is. Industry-leading marketers are spending ages on the planning and strategy stages of campaigns, but what do they have to show for it (other than ROI)? It’s long and meticulous work that takes time which could be spent doing other things, like peppering your local area with marketing leaflets. Not having a plan gives everybody the chance to do what they want, when they want – all independently. This means the campaign messaging is unconnected and siloed, which is a great approach. Also, it saves time having to prove to the C-suite what you are planning to do and the results you’ll generate. They typically like the surprise of seeing what results expensive adhoc marketing can generate.

In today’s world of multi-channel marketing, there are multiple ways of communicating with prospects. The likelihood is that they’ll have their favourite channels and they’ll prefer to use these instead of others. But forget all this. Just use emails – everyone has emails, right? Or given the popularity of mobile phones, why not just send an SMS text to the whole database? The bottom line is that the more channels you use, the more ways people have to ignore your marketing. So, just pick up the phone and keep cold calling people until they answer… that should work.

If you do what’s suggested and avoid the persona stage, then this section is largely irrelevant to you. Some marketers choose to segment their databases based on things like pain points, job role and industry, and then highly focus the messaging for each group. But how much work is that? Don’t bother. Just come up with a marketing message (be sure to cram it with every aspect of your product/service whether it’s necessary or not) then send it to everyone. There’s really no need to segment and send targeted messaging, if people want your product/service, they’ll buy it… surely.

This is a classic time-waster. Having launched a marketing campaign, some marketers then proceed to immerse themselves in the numbers, figures and reporting of it all. It’s just so boring. Once the campaign has launched it’s too late to adapt and change it, so why bother with all the measuring and reporting? Did it work? Great! If it didn’t work, don’t worry. Just spend more budget and try it again. Sooner or later you’re bound to get it right and generate some revenue. The numbers are irrelevant anyway. If the creative looked good and you managed to include a couple of catchy headlines, then it’s all good.

So overrated! Industry-leaders seem to think that ROI is all that matters, but that’s just not the case. What about the funny email copy that included that internal joke? Or the pretty creative on the website banners? All these things looked great and managed to raise a smile in the office, so surely they count for something? Apparently if a campaign doesn’t generate revenue and return on investment then it’s a failure, but this is nonsense. What about the sales letter which complimented the reader and made them feel good about themselves? That has to count for something. Granted, they didn’t buy the product but it put a smile on their face.

This blog has tried to help you avoid the success and profit that comes from implementing an integrated multi-channel marketing campaign, but if you still want to see what the ‘smart’ marketers are up to…