Should we fear the rise of the content robots?

Picture the scene… a world torn apart by war as a robot network attempts to finally make humanity extinct. The only thing standing in its way… a small band of human fighters who refuse to be beaten. 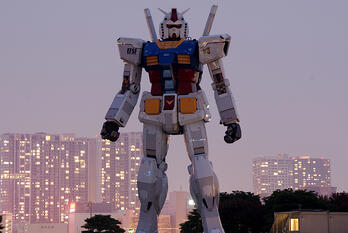 Okay, so it isn’t as dramatic as the latest Terminator incarnation, but there is growing talk within content spheres about so-called “content bots”. That’s right, robots that can write articles and post them online for you and me to read. Well, not exactly robots, but a computer programme.

And it seems to be a genuine threat to content writers around the world. Did you know that 8.5% - that’s 2.7 million entries - of Wikipedia articles have been written by a computer programme? I was certainly shocked by such a high figure.

So how does it do it? Well, in basic terms, the computer programme simply scours reputable websites and cobbles the information together to make coherent prose.

Let’s be honest, writing is easy. Anyone can do it. We can all express ourselves with words, so there’s no reason that a computer programme can’t.

Fair enough, most of the articles written by the bot are small entries known as “stubs” and cover topics such as taxonomy and small Philipino towns, but the point when human and robot writing becomes indistinguishable isn’t far off. Last year, the L.A. Times was the first newspaper to publish a breaking news story written by a computer, and one company of experts predict that by 2030, 90% of news stories will be authored by bots.

But at Really B2B, we’ve taken exception to the robots taking over… and not just out of allegiance to our award-winning Head of Content or the human race.

No, the exception that we’ve taken is personality-based. While we can all express ourselves with words, we cannot all engage other people with them – that’s the hardest and most important part for us marketers.

Yet in marketing spheres, all of the talk is about personalisation – speaking with prospects on a one-to-one basis in order to engage with them. If content robots are curating content and simply joining the dots, how can we possibly stand out from the crowd?

Prospects will be faced with thousands of articles all saying the same things and using the same ‘trusted’ sources. Sure, content bots would save companies money and, in theory, they could produce content round the clock, 365 days a year… but is that really a good thing? Surely we, as marketers, don’t want to barrage prospects, leads and customers with bland, curated content.

Doing so would result in a baron content world, long deserted by prospects with just a pocket of resistance writers trying to beat the machines.

And after all, marketing automation is here already but we don’t rely on it, why? Because we need human input. Artificial intelligence is nowhere near being able to interact with us and engage us on an emotional level. For this reason, our head of content and copywriters around the world can breathe a sigh of relief… for now.

That said, if you do want to defect and give the machines a chance, then why not check out our free guide on B2B marketing automation – don’t worry, while automation will save you time and money as well as help align your marketing messaging, it still needs that valuable human input…